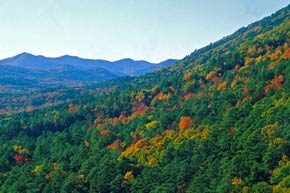 The Ouachita Mountains were formed when a collision of two continents squeezed up from the ocean floor thick layers of sedimentary rock. They have lost thousands of feet of elevation to weathering and erosion since emerging above sea level, and their tallest summit now reaches less than 2,700 feet. Within the 1.7 million-acre Ouachita National Forest (est. 1907) are back roads and hiking trails that provide visitors with an up-close experience of the mountains. Among the forest’s most popular campgrounds are the Albert Pike Recreation Area on the Little Missouri River and the Shady Lake Recreation Area, located on a scenic 25-acre lake formed by a Civilian Conservation Corps dam constructed in the 1930s. Popular day-use spots include the Little Missouri Falls and the scenic Winding Stairs areas. The forest also provides several float camps for canoeists on the upper Ouachita River 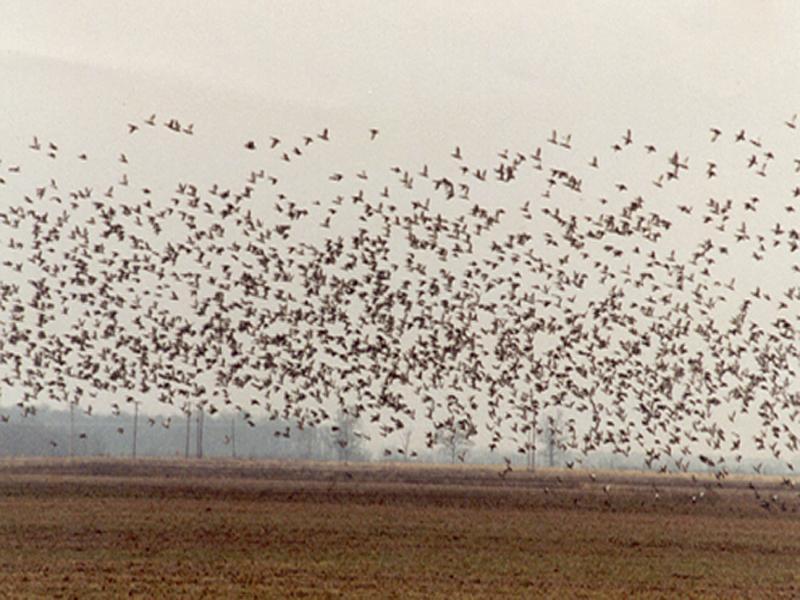 Legacy Ranch located in the Southwest corner of Arkansas, bordering the Red River, has been under development for the past ten years by the Ashley family. The primary reason in constructing the 6000 square foot facility is to provide luxury lodging during whitetail deer, elk, duck, and upland bird season for hunters and guests from all over the world. 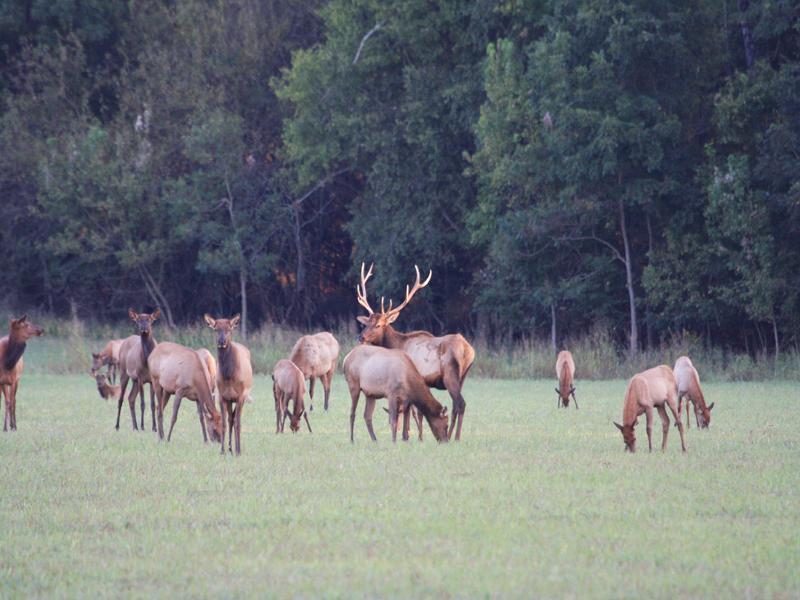 This is the place for the sportsman who has searched their entire life for that one huge buck or trophy elk! A place where you can take a limit of ducks, have an upland bird hunt, catch a hundred Florida Bass, put a Boone and Crockett class buck on your wall, and kill a Trophy Elk all in the same day. Legacy Ranch provides Guaranteed Trophy Elk Hunts, Trophy Whitetail Deer Hunts, Arkansas Hog Hunts, Arkansas Duck Hunts, Buffalo Hunts as well as Pheasant, & Quail Hunts 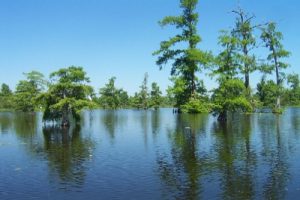 The Little River Bottoms is 18,000 acres of nearly contiguous lowland habitat bounded by AR-355 on the east, the Little River watershed on the south, and Millwood Lake IBA on the west and north. This land is composed of flood-basin swamp, bottomland hardwoods, wetlands, cypress brakes, savannahs, and wetland grassy areas. It is among the largest contiguous tracts of bottomland hardwoods anywhere in the Gulf Coastal Plain of the U.S. The area has been protected by several private hunting clubs as wildlife habitat for over a century. Nacatoch Ravines Natural Area (AR Natural Heritage Commission) and Little River Wildlife Management Area (AR Game & Fish Commission) are part of the IBA.

Within the Little River Bottoms, Grassy Lake and the Yellow Creek drainage have been designated by the Arkansas Pollution Control and Ecology Commission as an “Ecologically Sensitive Waterbody.” Grassy Lake was evaluated by the National Park Service as a potential Natural National Landmark because it “contains the finest example of a sizeable stand of virgin baldcypress in Arkansas.” The Little River Bottoms supports many plant and animal species of conservation concern at the state and continental levels. It has the largest breeding population of American Alligators in Arkansas, supports nationally significant nesting colonies of wading and waterbirds, and contains some of the oldest (> 350 year old) baldcypress trees in Arkansas. The North American Bird Conservation Initiative identified the Little River Bottoms watershed as critical waterfowl and neotropical migrant bird habitat. In general, the biotic diversity of this area is among the greatest of any area or ecosystem in Arkansas. 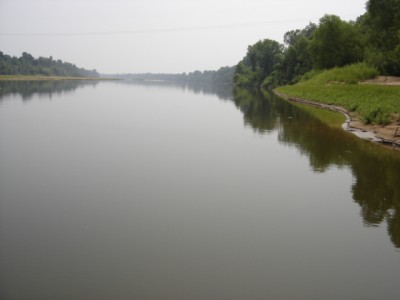 The Red River is one of several rivers with that name. It rises in two branches (forks) in the Texas Panhandle and flows east along the border of Texas and Oklahoma, and briefly between Texas and Arkansas. At Fulton, Arkansas, the river turns south into Louisiana to empty into the Atchafalaya and Mississippi Rivers. The total length of this journey is 1,360 miles (2,190 km). The river gains its name from the red-clay farmland of its watershed. Since 1943 the Red River has been dammed by Denison Dam to form Lake Texoma, a large reservoir of 89,000 acres (360 km²), some 70 miles (110 km) north of Dallas. Other reservoirs serve as flood control on the river’s tributaries. The Red has a mean flow of over 7,000 ft³/s.

Much of the river’s length in Louisiana was unnavigable in the early 19th century because of a collection of fallen trees that formed a “Great Raft” over 160 miles (260 km) long. Captain Henry Miller Shreve cleared the logjam in 1839. The river was thereafter navigable only for small craft north of Natchitoches.

Because of a cartographic error, the land between the north and south forks was claimed by both the state of Texas and the federal government. Originally called Greer County, Texas, the U.S. Supreme Court ruled that it belonged to the federal government, which at the time oversaw the Oklahoma Territory. That territory was later incorporated into the state of Oklahoma, whose southern border now follows the south fork.

That southern fork, which is about 120 miles (190 km), is generally called the Prairie Dog Town Fork. It is formed in Randall County, Texas near the county seat of Canyon, by the confluence of intermittent Palo Duro Creek and Tierra Blanca Creek. (The names mean “Hard Wood” and “White Land”, respectively, in Spanish.) It flows east-southeast, through Palo Duro Canyon in Palo Duro Canyon State Park, then past Newlin, Texas, to meet the Oklahoma state line. From there eastward, it is usually referred to as the Red River, even before meeting the north fork.

Whether you enjoy boating, fishing, swimming, picnicking, or hiking Millwood Lake has an activity for you. With an abundance of food a varied habitats, multitudes of birds are attracted year-round to Millwood Lake. Birders from across the nation come to Millwood to get a glimpse of a wide variety of birds that include over 333 species reported within a 7.5-mile area. A flock of white pelicans make their home year-round on the lake, while Bald Eagles, Golden-winged Warblers, Gulls, and several species of ducks are among the birds making an appearance throughout the year. Millwood has 12 recreation areas around the lake. There are 12 boat ramps, 8 campgrounds, 3 picnic shelters, and 1 designated swim area. Alligators are a part of the natural habitat at Millwood be cautious and keep safety in mind while boating, swimming, or fishing. Please remember whatever your recreational interest – play it safe at the lake.

Millwood Lake is a key unit in the general flood reduction system for the Red River below Lake Texoma. The lake operates in conjunction with Lakes Texoma, Pat Mayse, and Hugo and five upstream lakes in the Little River Basin. In addition to flood control, it also is used for water supply and recreation and to improve fish and wildlife.